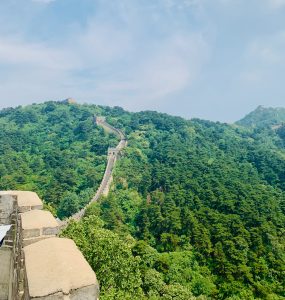 A division of China’s state-owned power grid has reportedly introduced a blockchain-enabled blackout insurance policy that’s issued to the chairman of a local firm that had to compensate for a recent loss due to a power outage.

The Zhejiang Ningbo Power Supply Company has teamed up with Yingda Taihe Property Insurance Co., Ltd. in order to issue the policy to a sprinkler manufacturing firm based in Ningbo, Zhejiang (a province in Eastern China).

Both firms said that blockchain or distributed ledger technology (DLT) provides a faster and more efficient way to issue insurance policies when compared to traditional methods.

The DLT-based insurance policy platform allows all parties involved in the process to securely share data which “solves the disadvantage of independent insurance companies” because it makes it easier to decide on claims.

The claims related data that’s recorded on the blockchain can be traced back and verified. It also can’t be tampered with, or modified without authorization, which can prevent potential fraud during the issuance process and also make it easier to process claims.

“Customers can purchase the planned power transmission delay insurance through the Yingda P&C Insurance Mall platform, and can fill in the insurance information online, choose the insurance plan, and pay the premiums. And receive the electronic insurance policy, which is simple and convenient.”

“In the event of planned power transmission delays, blockchain technology is used to automatically trigger claims based on the results of power outage data research and judgment, and Yingda P&C Insurance completes the claims online.”

Local sources said that the launch of the blockchain node in the province is part of the Party Central Committee’s project to support the R&D efforts that are focused on DLT systems.

Nervos claims that it will be one of the first public blockchains to join the DLT-powered network.

As mentioned in a release shared in July 2020 with Crowdfund Insider:

“The integration will go live in August 2020 with the launch of BSN’s new International Portal, which will cater to global users and provide them with access to low-cost blockchain solutions.”

Snoop, a UK-based smart money mobile app, has secured i

2020 was anticipated to be a big year for tech IPOs,

Meet The Founder – Nuw, A New Kind of Fashion for the Planet

When investing, your capital is at risk.  The garme