Bad Crypto News of the Week 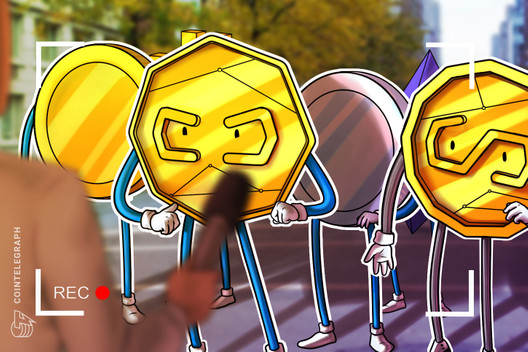 It’s back to stability for Bitcoin this week as the currency continues to knock at the $12,000 ceiling. Where will it go next? One analyst sees a Battle Royale as whales try to push towards $14,000. Other investors are more optimistic. They see Berkshire Hathaway’s recent sale of bank stocks and purchase of stock in a gold mining company pushing the price to $50,000. If Warren Buffett is souring on the banking system though, he’s late to the party. Kim Dotcom got there two years ago — and has reminded his followers that he advised them to buy Bitcoin.

The Federal Reserve might be catching up though. Governor Lael Brainard has revealed that the Fed is conducting research into a digital dollar. One partner to that research is MIT, which will develop, test, and research a digital currency over two to three years.

The Fed isn’t the only one waking up to the power of the blockchain. The United States Postal Service has applied for a patent for a secure voting system. The system uses the blockchain to secure mail-in voting. A start-up in Bulgaria is offering cryptocurrency to travelers whose flights are delayed for at least an hour. In South Korea, a million drivers have already swapped a physical license for a blockchain-backed version used with a smartphone app. The program only launched in May.

Senegal, though, might make South Korea look small. Akon, the Senegalese-American star and philanthropist, says his $6 billion Akon City will run on the Stellar-based Akoin cryptocurrency. His real-life Wakanda is already 85 percent complete, he says. Ripple is aiming even bigger. Under new CEO Brad Garlinhouse, the company is trying to become the Amazon of the cryptocurrency world. It’s looking to move beyond cross-border payments and promote the creation of new applications on the Ripple network.

Both of those projects lie in the future but at least some of the much-hyped blockchain-based smartphones and smartwatches are already out. Samsung’s Galaxy S10 has support for more than 30 cryptocurrencies in its wallet and the company’s KlaytnPhone rewards users with 2,000 Klay tokens. Blockchain company Sirin Labs’s Finney has built-in cold storage, as well as a DApp ecosystem. Cold storage is also a feature of watchmaker Franck Muller’s Encrypto watch. The dial also has a QR code for receiving Bitcoin payments. And in the world of social media, Ignite, a blockchain-based microblogging platform is trying to offer an alternative to state-censored social media platforms.

The development of blockchain usage isn’t all super-cities, smartwatches, and social media though. Asia is looking to the blockchain for protection against online crime during the pandemic. It looks like they’re on the right track. Binance has recently helped Ukraine’s cyber police to identify and arrest criminals involved in a $42 million ransomware and money laundering operation.

Check out the audio version here:

The views, thoughts and opinions expressed here are the author’s alone and do not necessarily reflect or represent the views and opinions of Cointelegraph.

Coinbase Card launches in the US

At SpectroCoin, we aim to offer our users the most conve

Self custody – how not to lose my Bitcoin forever : Bitcoin

Last year we partnered with Coinshares to launch DGLD, a